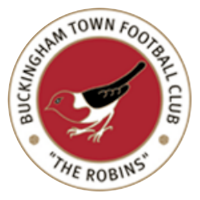 Buckingham Town Football Club were established in 1883. The club played at Ford Meadow from 1883, until they were evicted at the end of the 2010-11 season. The clubs first taste of success came in the 1902-03 season, when they were crowned champions of the Aylesbury district league (later going on to win the same trophy twice more).

In 1953, Buckingham Town were one of the founder members of the Hellenic League. However, they only played in the division for 4 years before moving back into the Aylesbury District League.

1983 was a huge year for The Robins, as they celebrated their centenary year with a home friendly against the current Division Two leaders (and future Premier League champions) Leicester City- fielding players such as Gary Lineker and Alan Smith. The season was a great success. Led on the field by club legend Terry Shrieves, The Robins completed their centenary year by winning the UCL Premier Division and later completing the double by winning the UCL Knockout Cup. The following season (84-85) saw the clubs only ever FA Cup First Round appearance, which saw the club lose 1-0 to Leyton Orient.

In the 1990-91 season, The Robins were crowned champions of the Southern League However, this would be the pinnacle of the clubs rise, as they were denied promotion due to Ford Meadow not meeting regulations for the rise.

After being evicted from Ford Meadow at the conclusion of the 2010-11 season, The Robins found themselves moving to Manor Fields in Bletchley, Milton Keynes. Struggling for backing from sponsors in Milton Keynes and a dwindling fan base, the club announced that they would be folding at the end of the 2017-18 season. 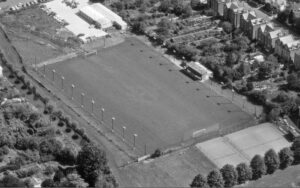 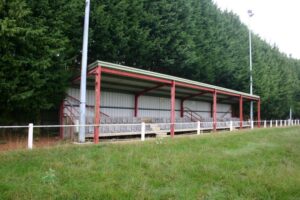 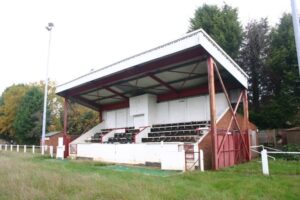 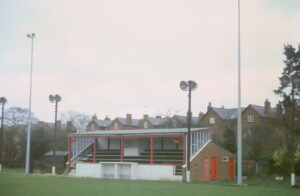 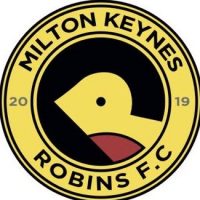 The decision to fold Buckingham Town in 2018 was later reversed as Terry Shrieves agreed to become the manager of the club. The decision was later made to change the clubs name to Milton Keynes Robins on January 1st 2019, keeping ‘The Robins’ as a homage to the old club. The name change came in an attempt to earn more recognition within Milton Keynes and receiving financial backing as the club was still struggling attract sponsorship. The one full season as Milton Keynes Robins was looking to an eventful one with the team in contention for promotion and securing a spot in the final of the Spartan South Midlands League Challenge trophy. The 2019/20 season however came to an abrupt end due to the COVID-19 pandemic which halted all football worldwide. The decision was later made to void the season the governing bodies responsible. 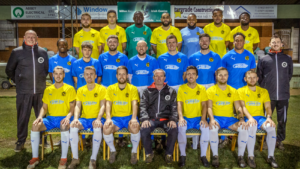 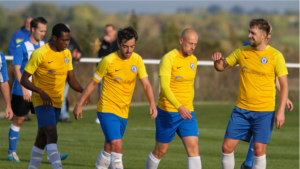